The area was once inhabited by the Wawenock (or Walinakiak, meaning "People of the Bays") Abenaki Indians, who left behind 2,500-year-old oyster shell middens along the banks of the Damariscotta River.  The Whaleback Shell Midden is now a state historic site.  The land became part of the Pemaquid Patent, granted by the Plymouth Council in 1631 to Robert Aldsworth and Gyles Elbridge, merchants from Bristol, England.  At Pemaquid (now Bristol), they built a fort and trading post. 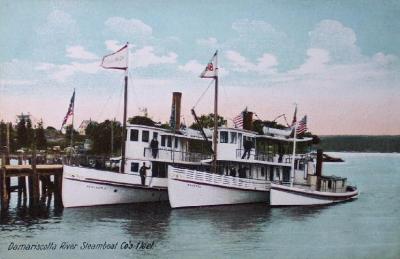 Some colonists moved upriver from the village at Pemaquid about 1640 to settle what is today Damariscotta.  But the settlements were attacked in 1676 during King Philip's War, with the inhabitants either driven off or massacred.  Attempts to rebuild alternated with further attacks during the French and Indian Wars.  The Province of Massachusetts Bay constructed Fort William Henry at Pemaquid in 1692, but it was destroyed in 1696.  The last battle of King William's War was on September 9, the Battle of Damariscotta, in which Captain John March killed 25 native men. 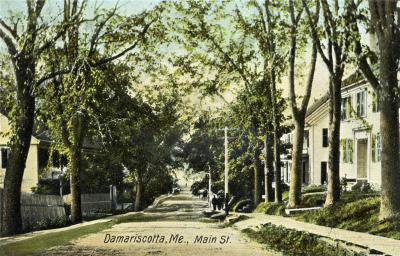 Fort Frederick, in 1729, successfully resisted the region's final two attacks, and was pulled down at the Time of the Revolution so that the British could not occupy it.  With peace at last, Damariscotta grew as a trade center.  It was incorporated as a separate town on March 15, 1848, set off from parts of Bristol and Nobleboro. 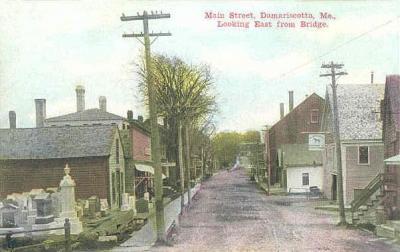 Damariscotta is an extreme corruption of the Algonquian word "Madamescontee", meaning "place of an abundance of alewives", which are small, salty fish that spawn in Damariscotta Lake.

The running of the alewives is celebrated each spring with the Alewives Festival that takes place in Damariscotta Mills, a village located north of Damariscotta in Newcastle and Nobleboro.

The main village is located at the lower falls and head of navigation on the Damariscotta River.  Early industries included two sawmills, a match factory and a tannery.  Along the river were established several brickyards, which supplied much of the brick used to build Boston's Back Bay neighborhood.  But shipbuilding in particular brought Damariscotta wealth in the 1800s, when clipper ships were launched at the town's shipyards.  During that time, many fine examples of Federal, Greek Revival and Italianate style architecture were erected, giving the old seaport a considerable charm which each summer attracts throngs of tourists. 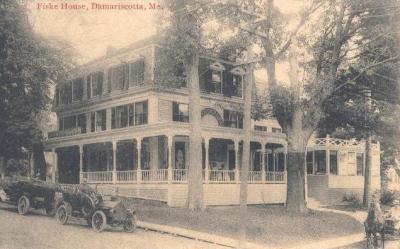 The terminus of the Damariscotta River is the Great Salt Bay, which is the northernmost mating area for horseshoe crabs in North America, and the state's first marine protected area.  Damariscotta is home of the Skidompha Public Library, whose name is an acronym formed from the first letter of several founders' surnames.